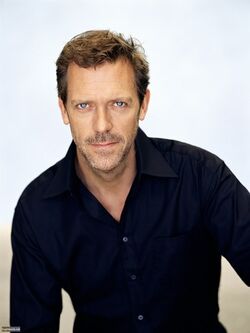 Hugh Laurie is an English actor, musician, director, and voice actor. He first became known as one-half of the Fry and Laurie double act with his friend and comedy partner Stephen Fry, but is most well known for his role as Dr. Gregory House in the hit TV series, "House."

Retrieved from "https://tomorrowland.fandom.com/wiki/Hugh_Laurie?oldid=6683"
Community content is available under CC-BY-SA unless otherwise noted.