Plus Ultra Coat of Arms 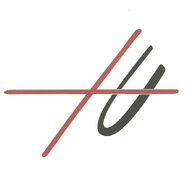 Coat Of Arms at Disneyland's Club 33

Plaque at the bottom of Tesla's Edison Square statue

From "The World Of Tomorrow"

Community content is available under CC-BY-SA unless otherwise noted.
Advertisement